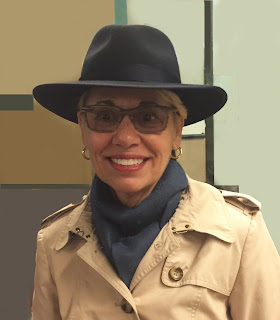 Anita Bentley was born in Adelaide, SA. Her interest and ability in art showed at an early age however she was encouraged to pursue an academic education, rather than artistic, which ultimately lead to working in the field of civil engineering and project management in various consultancy practices for many years. In 1992 Anita graduated from the University of South Australia with a Master of Business Administration (MBA).

In 2002 Anita had a career change from engineering management to seriously pursue her life’s ambition to be a professional artist. Anita is a representational artist working primarily in water colour. From 2003 to 2006 Anita exhibited her works from her own Sundew Studio Gallery, at Ashbourne. Now residing in the Hutt Street Precinct in Adelaide, and with recent overseas trips to France, Greece, the UK, Italy and Turkey, Anita has added street and urban scenes to her list of favourite subjects to paint. The Adelaide Hills, Fleurieu Peninsula and Flinders Ranges continue to be amongst Anita’s favourite subjects.

Anita’s paintings are held in many private collections in Australia and overseas. Anita is a juror & member of the International Watercolour Society and primary administrator & founding member of Adelaide Urban Sketchers. Her work can be seen on the web at www.facebook.com/AnitaJBentley. Anita is available for workshops and commissions and can be contacted by using the Contact Form on the HOME page.

I paint in a semi-impressionist representational style. My working progress generally involves “en plein air” sketching and painting which is supplemented by taking many photographs of the scene. Gathering the reference material in this manner is essential for me to familiarise myself with the atmosphere of my chosen subject. Once back in my studio I use this material and my memories to compose my painting. Sometimes though, if time and weather permit, I complete a painting entirely outdoors. I work primarily in watercolour because the main attribute of this medium is its transparency which I think can best describe the nuances of light and atmosphere.There is no doubt that watercolour is a frustrating medium; it is often considered to be the most difficult painting medium to master. At times it seems as if it has a mind of its own and progress can often seem like two steps forward followed quickly after by one step back. The secret is a passion for the medium, enjoyment of the process of painting and above all else, perseverance. I like to create happy paintings! Those that lift our spirits and make us feel good about the world we live in. This is the challenge for me as an artist intent on capturing our world on paper in watercolour.

Promote Your Page Too